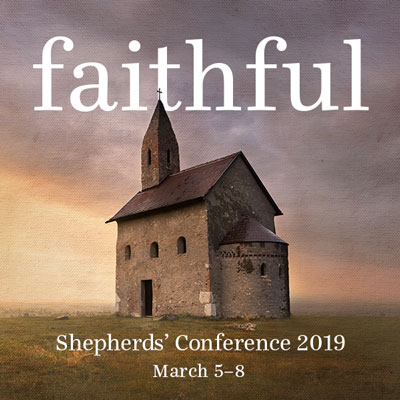 This year’s Shepherds Conference was titled “Faithful.” It was focused on being faithful in ministry.  A host of men joined John MacArthur this year including Sinclair Ferguson, Al Mohler, Ligon Duncan, Mark Dever, HB Charles, Voddie Bachman, Joel Beeke and many others.

This years conference also included some great breakout sessions focusing on the ministry of faithful ministers.

Christ the Center interviews one of today’s foremost experts on Samuel Rutherford, Dr. Guy Richard, who has recently published a book titled The Supremacy of God in the Theology of Samuel Rutherford.  This is a fascinating journey into many aspects of Rutherford’s theology, which, on the negative side, often stumbles into perfectionism.  But in spite of this flaw, Rutherford was an amazing man who is worthy of our attention.